All the Right Moves 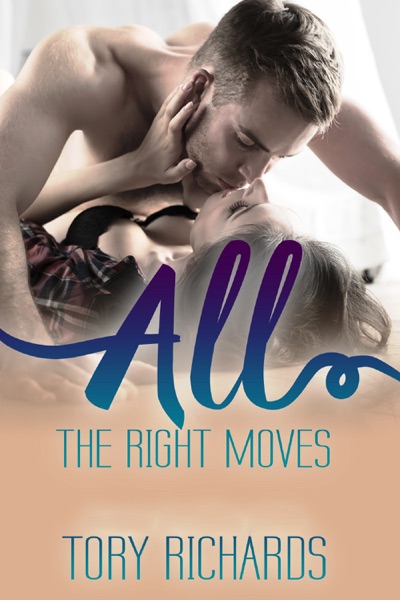 He pulled her with him to where the flashlight had landed, and while holding her against him, bent and snatched it from the floor. “I just want to know what the hell is going on around here.” He started to shine the beam of light around the room, searching for God knows what.

It began to dawn on Annie that maybe he wasn’t the killer after all. Perhaps he was with the Security Company that took care of the building complex. Or, worst case scenario, he’d just been driving by and noticed a strange light flashing around the office and stopped to investigate—sticking his nose into something that was none of his business. Maybe he was an off duty police officer.

“Are you going to answer me?” the man growled.

He snorted and dragged her around the room with him. “Nothing? Lady, you sure put up one hell of a fight over nothing.”

“You frightened me,” Annie said, her eyes darting to her office door and praying he didn’t insist on checking it out. She tried to will her body under control, but her heart was pounding like a jackhammer inside her chest. “Are you with security?”

Annie started to drag her feet when he headed straight for her office. If he noticed, he didn’t say anything, but continued pushing her ahead of him in that direction. When they reached the threshold, she actually leaned against him in an unconscious effort to keep him from entering the room.

“Please…” She couldn’t get the words out. The thought of Martin Strong on the floor on the other side of her desk made her stomach churn. “I can’t go back in there!”

She struggled to break the hold he had on her wrist. He was too big and strong to win against in a struggle, but if she could manage to pull away, speed might be on her side.

“Why not?” He pushed her further into the room. “What are you hiding?”

He gave a dissatisfied grunt. “Let me be the judge of that. Something’s going on and I intend to find out what it is.”

Helplessly, Annie watched as he shined the flashlight around the small office until the beam landed on a pair of shoes. Her heart sank. The more he pushed her into the room the more she strained against his unyielding form. He halted when they were close enough to see Martin’s body slumped against the wall, the beam of light zeroing in on the nice neat bullet hole in his chest.

“Damn…” he whispered against her ear as they stood above Martin.

Unbelievably, Annie felt his hold around her wrist begin to relax. She took advantage of his momentary lapse and slammed her heel down on top of his foot. He swore a blue streak when she pulled away from him. She heard the flashlight drop to the floor but didn’t let it stop her from her desperate flight.

She almost reached the door but it was over before it began. He caught up to her in the office doorway. She let out a blood-curdling scream when his hand tangled in her hair. Before she knew it, she was hauled back into his arms.

He slammed her against the wall and pinned her there with his body. Breathing hard, he took a moment to catch his breath. “No wonder you were in a hurry to get out of here,” he rasped, close to her face. “Who’s the stiff, honey?”

“You don’t understand!” Annie cried out desperately. She strained against his hold. “I was going for the police.” She had to make him understand.

“Yeah right, and I’m Santa Claus. That’s why you were running away.”