The Chronicles of Katinka 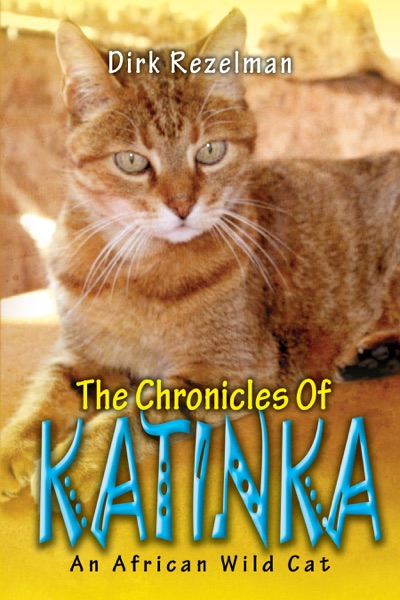 Author Dirk Rezelman and his wife Hettie, who took the photographs in this book, live in retirement in the Zululand coastal village of Mthunzini. Katinka, an African Wild Cat (Felis silvestris cafra) and the subject of this book, lived sporadically with them, using their home as her base for twenty years after they rescued her.

Little scientific research has been done on these indigenous African Wild Cats from whose ancient lineage all 600-million domesticated and feral cats in the world are descended. Katinka’s interactions with her environment, conflicts with other wild creatures and general behaviour—where it was possible to observe—are catalogued here in an easily readable and compelling manner.

This book does not pretend to be an academic treatise although the author’s comments are thoroughly researched. It fills a definite need in the popular literature on a species of indigenous African Wild Cats.

Mr Rezelman has been a journalist, publicist and editor all his life working for years in the United States, Britain, and the Netherlands. He has scripted and directed scores of documentaries and educational films and lectured on the theory and practice of communications techniques. He holds degrees from Rhodes and Natal universities.

He was latterly a regular columnist for the widely-read regional newspaper The Zululand Observer. He was also the first Editor of the Wetlands Wire, official newspaper of the World Heritage Isimangaliso Wetlands Park near St Lucia.

Mrs Hettie Rezelman a passionate animal lover, grew up in Nelspruit and White River next to the world-famous Kruger National Park and qualified as a nursing sister, specialising in midwifery. Her interests now include studying and growing Cycads of which she has a large collection.