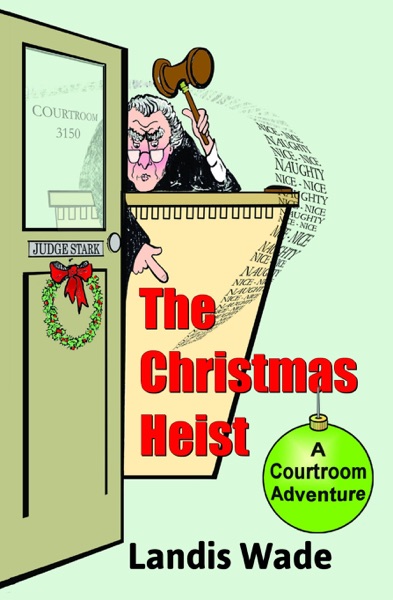 Defendant Henry Edmonds, a homeless man who believes he works for Santa Claus, is on trial for stealing a flash drive full of secrets, a flash drive which may hold the key to Christmas but which is zipped tight in an evidence bag. Several people want Edmonds in jail, including a man who says he works for an international toy company. Witness by witness the facts come out but who is to be believed and are there any True Believers? As the courtroom clock ticks down on Christmas Eve, it becomes clear that the fates of the defendant and Christmas are inextricably intertwined. A local newspaper reporter stirs things up by blogging about what he calls the “Trial of the Century” and tweets that the “Court’s Ruling Could Halt Christmas for Thousands.” Can an irascible judge looking toward retirement find it within himself to save Christmas? With The Christmas Heist, A Courtroom Adventure, Landis Wade has written a Christmas fable for the 21st Century, one that reminds all readers of why they were (or are) True Believers.