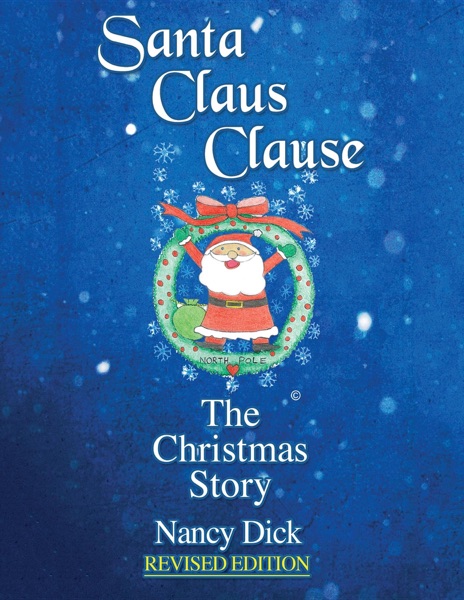 Santa Claus Clause The Christmas Story is a new twist on a Christmas traditon of celebrating Christmas with Santa Claus giving out Christmas presents to all the children of the world OF ALL AGES as is his love for the people and Christmas! However, Santa Claus comes to believe that given modern times he is no longer needed to carry out the traditions in the same way as usual. So, he emails everyone their Christmas presents and takes off for a long needed vacation of his own. And, he tells his staff at the Northpole and his family to take a vacation as well. All are delighted. That is until children and their parents believe that Christmas is no longer on as usual! They think Santa Claus doesn’t want there to be Christmas anymore. They demand a press conference for him to explain his disappearance from the Christmas Holiday! Santa Claus rushes back to the Northpole to the delight of everyone assuring everyone that Christmas is most definitely still on as far as he is concerned. He just thought everyone was going modern these days. And, he thought that he and his staff and family should instead go on a vacation if not needed. He assures everyone that he did email everyone their Christmas presents thinking that would be equally as pleasing as the tradition of his presents under the Christmas tree. Resultively, he saves Christmas as well as his job. His son, Nick, is grateful since he gets the job of Santa Claus after his father retires. The original Santa Claus has a SECRET that he must honor of never letting anyone know that he is the original Santa Claus. Thus, the title of the book Santa Claus Claus. The subtitle of the book is meant to express that this is about a real person, Santa Claus and THE real story about Santa and his life: the “scoop” about what Santa Claus is like. In the book, Santa’s son has a baby boy born, little Nicholas, that is celebrated with the world as the Santa Claus who will someday take over the job of Santa to save Christmas worldwide for another generation.

Only Stanley, a little boy who lives across the street knows the truth about the real Santa Claus since he saw with his own eyes Santa’s sleigh on the roof of his house. However, he is never to tell his mother this since his mother wants him to NEVER say that this is the REAL Santa…even though Stanley knows beyond a doubt. Santa is regarded where he lives as a regular person who just loves Christmas. He and his wife have retired now and own a Christmas tree farm where they sell Christmas trees during the Holiday Season. And, he gets to once a year at Christmas re-enact Christmas by giving out Christmas presents at his farm for people to enjoy his farm and the Christmas tradtion.

The book is a charming book for the young audience and their family to enjoy during Christmas now and many years to come…to be a family favorite for all childrens’ bookshelf. This is a REVISED EDITION of the book. There are many NEW art work pieces in the interior of the book all hand rendered by the author who has an art degree. And, the cover is all new art hand rendered by the author as well.

This book has all the “bells and whistles” on it and is a wonderful childrens’ book written from a childs’ view of life to be a best seller for children and all people who love books and have children in their family for great presents for under the Christmas tree! A new twist on a classic story about Santa Claus and Christmas for children of ALL AGES to enjoy!