Reflections of a Boy Named Christmas 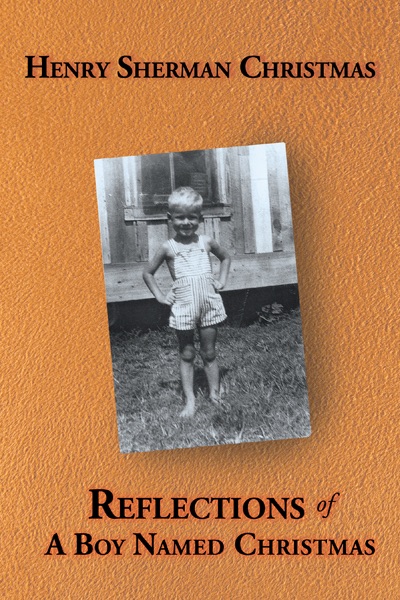 to overcome his greatest obstacle in lifehis stuttering.

Henry Sherman Christmas observed a man trying to do what most people do so easily, however, he was having little success. He was sixty five years old and the mans disability brought back all the memories of his youth, from his preschool days, trying to stay under the radar and under the bed, until loading his families old Ford sedan, in 1958, and heading to California. It involves the torment of an abusive but loving father, old Pa, and the protection of his mother, Ma, who would have given her life to defend her children. Its the mixed up world of cruelty and love that is so tightly woven they seem to appear as one.

In this poignant memoir he shares a candid and heartfelt glimpse into the life of a child who stutters. It entails surviving the cruelty of his teacher in the first, second, and third grade, Mister, who though his disability was caused by his laziness and the neglect of his parents. It captures the caring side of Miss Jenkins, his teacher in the fourth grade, who taught him how to conquer his disability. Protected by his brother, Cone, and tormented by Billy, the relentless bully who would not leave him alone. Loved, and loved back, by his best friend Bo, a young black boy. He was born a poor sharecroppers son in 1945, in Arkansas. Hes a story-teller, like his father.

Reflections of A Boy Named Christmas, is the inspiring story of a boy who just wants to overcome his greatest obstacle in life-and through determination, perseverance, and the love of others, eventually manages to do just that.