I Didn’t Steal Your Mermaid 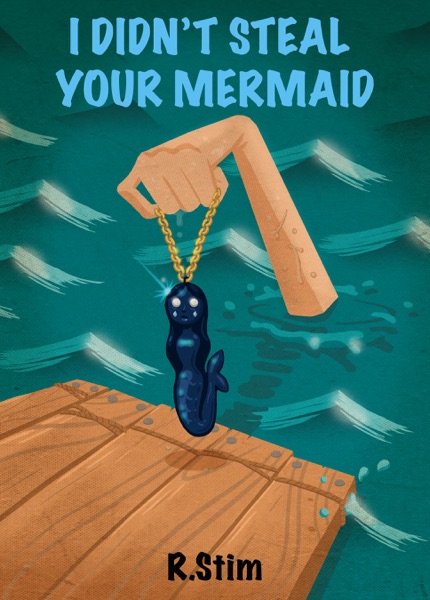 Honorable Mention – 2013 Leapfrog Fiction Contest
As far as 12-year old Frankie Jackson is concerned, mermaids are like Santa Claus and the Easter Bunny —  stuff made up by grown-ups so that they can sell movies and toys. At least that’s what Frankie’s dad told her once.
But one day, while staying on a houseboat for the summer, Frankie finds herself face-to-face with a mermaid. Convinced that it is a dream, Frankie can’t shake the vision of the blue-haired sea creature. Meanwhile, the town of Sausalito is buzzing with rumors about a wealthy woman who disappeared into the Bay wearing a million dollar necklace (shaped like a mermaid). Are the missing woman and Frankie’s dream related?
That’s what Frankie has to find out!
WIth help from her houseboat friends and Roxy, her host and confidant for the summer, Frankie proves her innocence. But more importantly, she learns that dreams and real life can sometimes merge … and that people are not always who they seem to be.