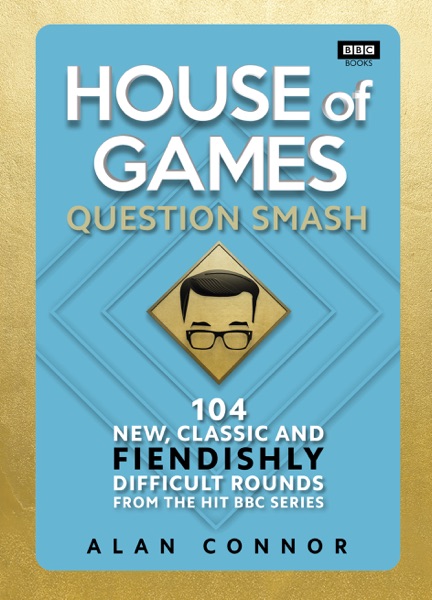 Do you know which Cluedo character was killed off in 2016? How about which band has a species of shrimp named after it? Reckon you could guess the name of a song from lyrics where the words have been replaced with synonyms?

Then fingers on buzzers, because House of Games is back and it’s better than ever!

Packed with 104 new, classic and fiendishly difficult rounds from the hit BBC show’s question writers, House of Games: Question Smash is the ultimate collection of brainteasers, puzzles and trivia. Pit your wits against friends and family with favourites like Highbrow Lowbrow, Rhyme Time and Don’t State the Obvious, as well as brand new games from the brilliant minds behind the show.

So limber up your frontal lobes, brush up on your trivia and get ready to return to the House of Games.