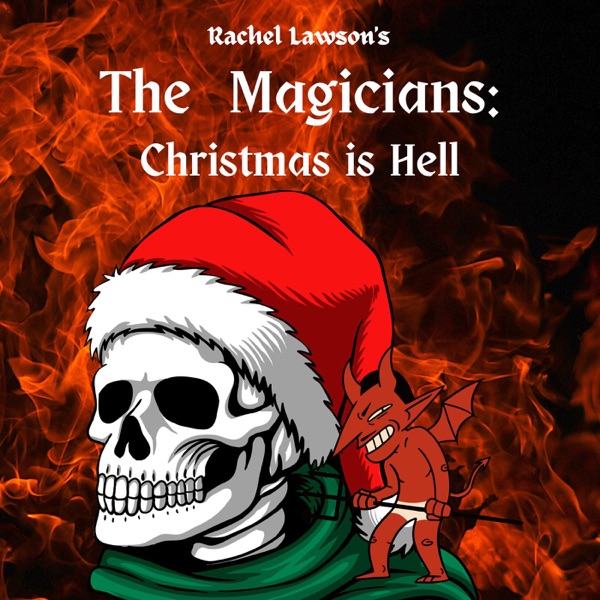 It was a strange day when Blake Alexander found out about this odd case everyone at his hospital wanted to decorate the hospital for Christmas drunk on the Christmas cheer.

But that was nothing the reapers were trying to get the after life business in line with fate’s decree that they celebrate Christmas with reapers collecting people as Santa Clauses which Blake was totally against. To him it was an anathema. He felt like scrooge It was getting so Christmasy the people at the hospital had stopped calling him Dr Death on the upside but on the downside they called him the Grinch.

He was in a bad mood when he visited the police station which was trimmed for Christmas too.

It’s Christmas again and everything is crazy again and Blake Alexander is suffering from it’s madness again the Necromancer gives his dad a present a black T shirt with the Grinch on saying I hate Christmas on it from the Deject shop. Gabriel is giving out cute fuzzy Santa hats again and the hospital is gone mad with Christmas.

In the afterlife Blake’s boss Argent has decided to bring back the Christmas spirit again with the Jack Skellingtons are making a comeback everywhere.

How far will this madness go?

Will the police get what they want for Christmas the serial killer the Necromancer’s name or will the miss their present the living reaper Mortimer signed seal and delivered to them by Argent himself.