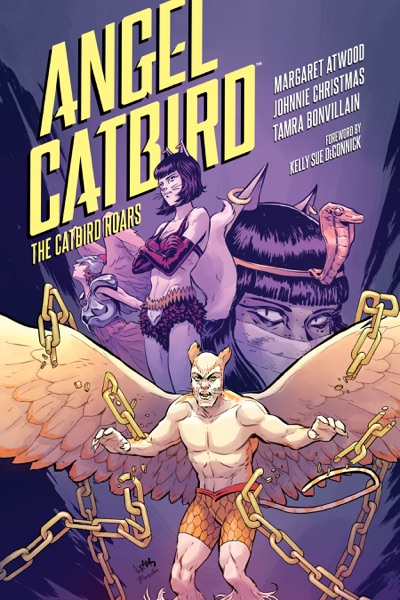 The Booker Prize-winning author of The Handmaid’s Tale pens a conclusion to the dramatic, hilarious, and heartwarming Angel Catbird trilogy.

It’s all-out war in the madcap culmination of Angel Catbird’s superhero saga. The evil Rat army is aiming for world domination, and only a ragtag gang of half-cats stands in their way.

• Margaret Atwood is one of the most important living writers of our day. She has been recognized internationally for her work through awards and honorary degrees.

• Atwood, whose work has been published in over thirty-five countries, is the author of more than forty books of fiction, poetry, and critical essays, and has won the Man Booker Prize, the Giller Prize, Premio Mondello, and more.

(On The Year of the Flood)
“Atwood is funny and clever, such a good writer and real thinker.”–The New York Times Book Review

(On Oryx and Crake)
“Atwood has long since established herself as one of the best writers in English today.”–The Baltimore Sun

(On The Edible Woman)
“Margaret Atwood takes risks and wins.”-Time

(On The Blind Assassin)
“Atwood is a poet.” –The New Yorker